I live in Ealing, in West London, with my wife, daughter and two cats. 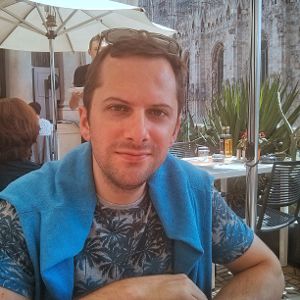 I grew up mostly in a village called Grafham, in Cambridgeshire; but also in Voorhees, New Jersey for three years. I was born in Wales, and I support Wales when they're playing England at rugby.

At work, I lead Planning and Analytics for a digital advertising agency called Croud. My career in advertising and media has developed through working in digital analytics: the use of data to understand the way a website or digital application is used, and to understand more about the people using the website or app. It means that a business, or any online publisher, can make informed decisions about improving the experience delivered to its audience or customers.

During my first year at Croud, I was also working on my own new business: a personal data management platform called Magic Myne. Technically, it was like a tracking blocker, plus personal digital analytics, data storage and choice. Starting with iOS, we were attempting to correct the imbalance in data control between organisations and individuals.

Before Croud, I worked for the BBC, for a brand agency called Corke Wallis, for a digital marketing agency called Harvest, and for a market research agency called Millward Brown. I have an English degree from the University of Cambridge.

Growing up, all through school and university, and for a few years after, I used to do a lot of acting; and until I started work I always thought I wanted to be an actor. For a few years I performed with, directed for, and helped to run Theatre in the Square, in North London. I haven't done any dramatics since 2012, when I co-directed Six Dogs and a Goldfish.